Comparison of ALCX and one of its forks

Wasabix is a fork of Alchemix that launched at the end of March. The main differences between Wasabix and Alchemix were summed up by Alchemix’s co-founder in the following way:

In spite of this, the protocol has gained traction and now holds 80 millions dollars in TVL (30+ millions of which are in the main 4 pools analyzed here: waUSD, wa3CRV, WASABI, WASABI-WETH). The present piece aims at answering the question What is the farming volume on the Wasabix Fork compared to Alchemix?. Data for the Alchemix and Wasabix pools was obtained from Flipside.

2. Historical TVL in the two protocols

The evolution of the TVL in both protocols since their launch is given below: 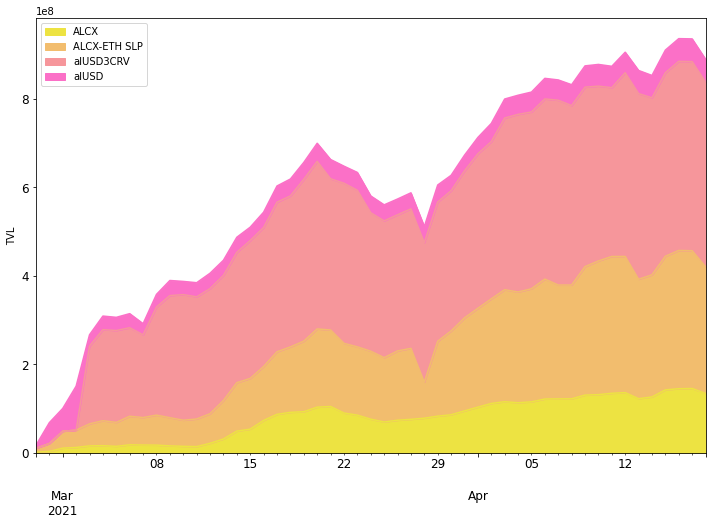 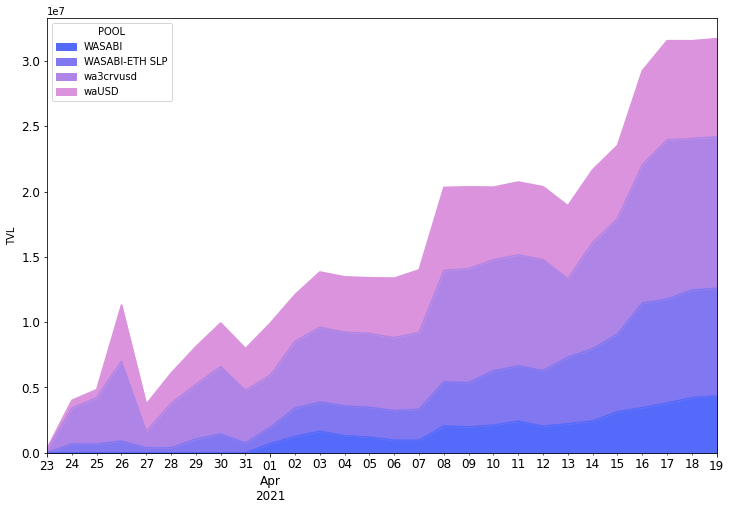 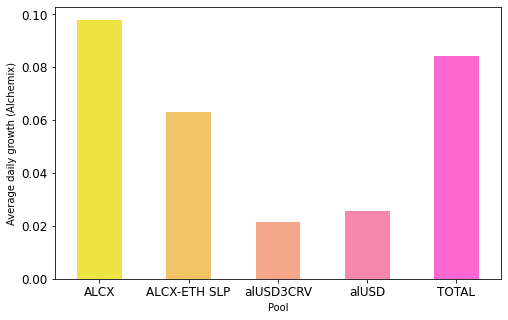 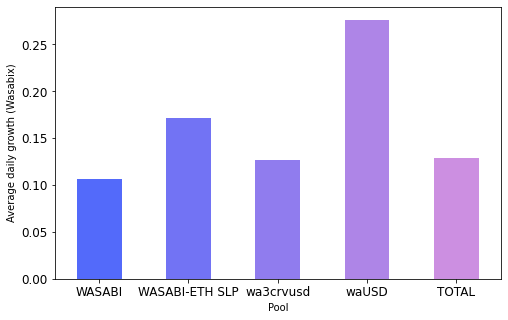 There are several differences in the average growth rates of individual pools but overall Wasabix has grown at a faster pace than Alchemix. This can be explained in different ways : Alchemix was as a much anticipated project and so enjoyed a large influx of liquidity almost as soon as it launched. On the other Wasabix was a fork that started with very little liquidity and therefore had more room to grow day-by-day. That growth, however, would likely have been impossible without the success of the original Alchemix project, thus highlighting the unfair advantage of forks that can achieve growth rates superior to that of the original product.